Philly mobster to return to prison 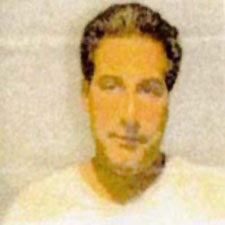 Martin A. Angelina (left), convicted racketeer, has admitted violating the terms of his parole and will return to prison for another four months, according to a story by George Anastasia of the Philadelphia Inquirer.

Angelina, 44, was paroled 15 months ago and was not to have any contact with his former underworld associates. Yesterday in Philadelphia U.S. District Court, he admitted that he met with known felons and Mafiosi after his release.

The FBI and the Organized Crime Squad of the Philadelphia police had evidence of meetings and telephone calls. Those included a meeting with reputed mob boss Joseph Ligambi and reputed associates Steven Frangipanni, Damion Canalichio and Michael Lancelloti, as well as a series of telephone conversations with Canalichio, according to the Inquirer. Federal agents had been keeping an eye on Canalichio, recently indicted on drug trafficking charges (released on $75,000 bond in November) and under investigation in a gambling probe, and Canalichio's phone had been tapped. Canalichio reportedly served 27 months in prison after a 1997 drug conviction.

Angelina will be returned to prison in two weeks.

A former enforcer for reputed ex-boss of Philadelphia Joseph "Skinny Joey" Merlino, Angelina was convicted in 2000 with Merlino and several others of racketeering. He served 66 months of his 78-month sentence and was paroled in November 2005.

The New Jersey Division of Gaming Enforcement Exclusion List states, "Mr. Angelina has been identified by law enforcement agencies as being a soldier within the Philadelphia La Cosa Nostra (LCN) organized crime family. He has been observed with Joseph Salvatore "Skinny Joe" Merlino and George Borgesi, respectively identified as the "Boss" and a "Capo," of the LCN." The exclusion list prevents Angelina from having anything to do with New Jersey casino gambling.