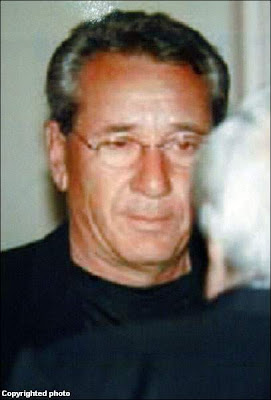 Reputed Canadian "godfather" Vito Rizzuto pleaded guilty in a New York court today to participating in the assassination of three Bonanno Crime Family capos back in 1981, according to an Associated Press story.

Rizzuto, 61, will serve 10 years in prison for racketeering under a plea deal with prosecutors.

When Judge Nicholas G. Garaufis demanded that Rizzuto describe the nature of his participation in the 1981 slayings, Rizzuto hesitated. After a conversation with his attorneys, he told the judge that his specific responsibility was to shout "It's a hold up!" so a gathering of mobsters would momentarily freeze. Rizzuto said his co-conspirators then opened fire on Dominick "Big Trin" Trinchera, Philip "Philly Lucky" Giaccone and Alphonse "Sonny Red" Indelicato.

The murders were reportedly done to eliminate a rebellious wing of the crime family. Joseph Massino, who rose to command the family and has been sentenced to life in prison for racketeering-murder, set up the hit.

Three new books discuss the underworld career of reputed Sicilian Mafia boss of bosses Bernardo Provenzano, according to a story by Steve Scherer of Bloomberg.com.

The first book deals largely with the manhunt for the Sicilian boss who eluded authorities for more than 40 years. The second deals with the supposed code used by Provenzano to retain control over his vast underworld empire while in hiding. The third is largely a discussion with Italy's top Mafia prosecutor Pietro Grasso.