DeVecchio could be called as witness for Persico

The former FBI supervisor recently cleared of charges relating to Colombo Crime Family murders could soon be called as a witness in the defense of accused Mafia murderer Alphonse "Allie Boy" Persico (right), according to a story by John Marzulli of the New York Daily News.

State charges against Lindley DeVecchio were dropped last month when credibility issues were raised about a key prosecution witness.

Persico, son of reputed Colombo boss Carmine "the Snake" Persico, is on trial once again for allegedly ordering the 1999 murder of underworld rival William "Wild Bill" Cutolo. A trial on the same charge last year resulted in a hung jury.

Persico's defense attorney Sarita Kedia reportedly wants to call DeVecchio (left) to the stand to testify about events in the early-1990s Colombo Family civil war. DeVecchio was an FBI handler for informer and Colombo bigshot Gregory "the Grim Reaper" Scarpa Sr.
Posted by Thomas Hunt at 12/05/2007 07:51:00 AM No comments:

Officials in Italy say that Sicilian Mafia bigshot Daniele Emmanuello swallowed secret notes containing names and telephone numbers as he fled from police pursuers earlier this week, according to a Reuters story by Wladimir Pantaleone and Phil Stewart.

Authorities say Emmanuello, 43, was struck and killed by police warning shots as he attempted to get away. Considered boss of a Mafia clan in the city of Gela, he had been a fugitive of the law since 1993.
An autopsy of Emmanuello's body showed fragments of the notes lodged in the crime boss's esophagus. Police did not say whether any of the fragments were of use to anti-Mafia investigations.
Posted by Thomas Hunt at 12/05/2007 07:24:00 AM No comments: 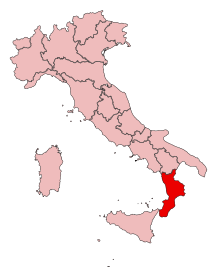 Two sons of jailed Calabrian mob boss Vincent Comberiati were shot to death earlier this week, apparent victims of an ongoing feud within the 'Ndrangheta criminal society, according to a report in the Australian Daily Telegraph.
Francesco Comberiati, 24, died in the driver's seat of his car. Luigi Comberiati, 29, fled his car parked nearby and hid in a restaurant kitchen. Gunmen found him and killed him.
The ANSA news agency reports that the murders are part of a struggle for dominance in drug trafficking and other underworld rackets in mainland Italy's southernmost region. The feud is believed also to have been the cause of six murders of Italians within Germany this past August.
Vincent Comberiati has been in prison for several years.
Posted by Thomas Hunt at 12/05/2007 07:10:00 AM No comments: