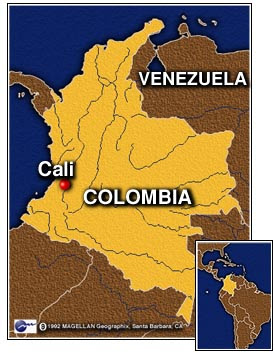 A Colombian drug lord has been sentenced to 30 years in prison plus five years of supervised release for shipping 50,000 kilograms of cocaine into the United States, according to a news release from the U.S. Attorney for the Southern District of New York.
Jorge Eliecer Asprilla-Perea was sentenced in Manhattan yesterday by U.S. District Judge Thomas P. Griesa. Asprilla-Perea, 51, was the reputed head of a cocaine distribution organization known as the "Los Niches Cartel."
He pleaded guilty to cocaine importation and distribution charges in May 2002. In a post-plea stipulation, he admitted to trafficking cocaine valued at more than $1 billion.
Authorities say he operated his organization from inside a jail cell in Cali, Colombia, before being extradited to the U.S. late in 2000, with full diplomatic assurances that neither the death penalty nor life in prison would be sought by prosecutors.
Posted by Thomas Hunt at 2/22/2007 06:16:00 PM No comments: